To some extent, most automatic control involves motor control, especially in factory automation. Applications such as pumps, fans, robots, and conveyor belts all use motors. Whether it is a general three-phase AC motor, which is great for simple switching systems, or an inverter load motor specifically designed for operation with variable frequency drives (vfd), it can be said that motors are ubiquitous in almost all manufacturing industries. Check the different types of AC motor controls available.

Although there are different motor types in different situations, the size of the motor is different to adapt to different loads. Different motor sizes bring different motor starting schemes. Small general-purpose motors are usually connected to the main power circuit through a main circuit breaker or fuse. The contactor enables and disables the power supply of the motor, while overloading protects the equipment driven by the motor from accidental overcurrent/overheating, which may be caused by blockage or malfunction. 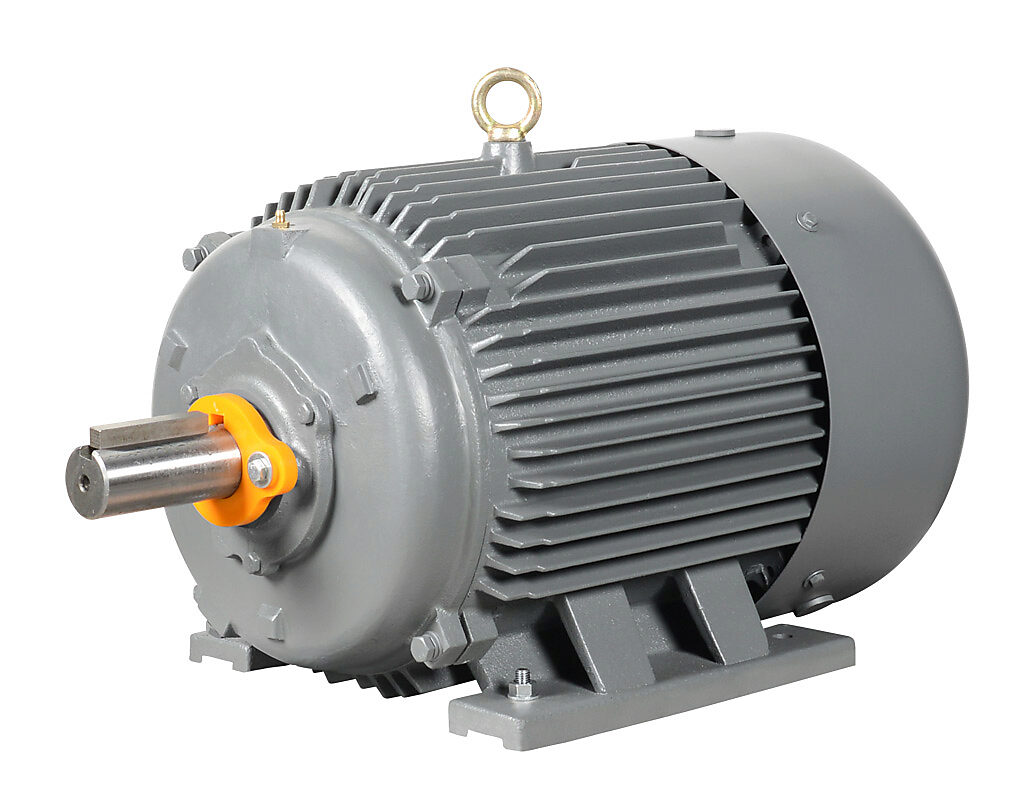 In the event of a contactor failure, a voltage is applied to the coil, which closes the contacts. When the coil is energized, the contacts are closed and remain closed until the coil is de-energized. Because the motor is an induction device, cutting off the current (magnetization, or motor and torque generation, or load) is more difficult than applying it. Therefore, the contactor must have a rated horsepower and a rated current.

The commutation starter reverses the shaft rotation of a three-phase motor by swapping the two phases that provide the motor. The reversing magneto starter has forward and reverse contactors as part of the assembly. Assuring that the forward and reverse contactors are never contacted simultaneously requires both electrical and mechanical interlocks.

Usually, the AC motor starting circuit can be controlled by a simple button or remote signal, such as a programmable logic controller (PLC).

When the cross-line motor is started, the application can run at the maximum speed of the motor, when the speed and voltage drop/peak value does not constitute a problem. Motor starters are usually used for smaller motors, and users do not need the electrical and mechanical softening effects of soft starters.

The use of soft starters has advantages in both electrical and mechanical aspects. When the motor is started on the entire line, a sudden shock from 0 rpm to full speed 1800 or 3600 rpm will be felt through the connected mechanical load on the line, usually producing 6 to 10 times the full load ampere (FLA) current. The soft starter can reduce the load of the motor, the current it uses, and the impact on downstream machinery.

Electricity makes no difference when the utility starts a 1 horsepower motor across the line. But there is still a certain mechanical impact on downstream equipment. However, starting a 300-horsepower engine will attract the attention of the power company. Peaks at the wrong time of the day may result in charges. Larger motors exert a greater mechanical impact on downstream equipment. The advantage of using a soft starter is that it will not damage downstream machinery, and the power company will not charge for these huge peak inrush currents.

The soft starter uses voltage to control current and torque. The motor torque is proportional to the square of the applied voltage. The current at startup is directly related to the voltage applied to the motor. In most soft starters, the starting and stopping of the motor consist of three pairs of back-to-back silicon controlled rectifiers (SCRs), which correspond to the three phases of the motor. The back-to-back direction of the thyristor can control the AC voltage by changing the ignition angle every half cycle. Typically, either a full voltage or a current-limiting voltage is used as the start voltage.

Motor speed pulls in the bypass contactor when it reaches normal rotation. Whether it is an internal bypass or an external bypass, the SCR stops ignition, which makes the soft starter more efficient. After the motor stop command is provided, the SCR again controls the stop from the bypass contactor. The contactor will not generate or destroy the load, which allows the use of smaller contactors and thyristors.

The thyristor no longer ignites, and all operating current passes through the contacts. When running at full speed and properly loaded, the soft starter is more efficient than the VFD, but unlike the VFD, the soft starter cannot control the speed of the motor.

The soft starter is used where the electrical and mechanical shock of starting the motor must be minimized. Smaller motors are more to protect downstream machines from mechanical shocks. For larger motors, in addition to protection equipment, it can also minimize the demand cost.

Soft starters are usually used with conveyors, pumps, fans, and blowers. Unlike vfd, users do not have to worry about generating harmonics. However, the soft starter has no speed control.

When speed control is a factor and energy efficiency is important, vfd is best. VFD controls the speed and torque of AC motors by adjusting the input frequency and voltage to three-phase AC induction, permanent magnets (internal or surface) or synchronous motors. Besides overload protection, a VFD allows for start and stop control, as well as acceleration and deceleration adjustments. Programmable acceleration and processor-controlled current limiting can reduce the inrush current when the motor starts.

For example, trying to drive a fan motor at a speed faster than the base speed can significantly affect the required power because the fan horsepower varies with the cube of the speed. According to the affinity law applicable to pumps and fans, running a fan too fast will consume too much power and may overload the inverter, while running at half speed can reduce horsepower requirements by 75% or more.

VFDs convert AC power to DC power, filter it, then invert it to produce usable voltage. The effective value of the reverse signal simulates the AC voltage. The output frequency of VFD is usually from 0hz to AC input line frequency. However, when required by certain applications, higher frequencies are also possible. Many AC drives have historically used full-wave diode bridges or silicon controlled rectifier bridges to convert AC power to DC voltage in the conversion section. However, the vfd with insulated gate bipolar transistor (IGBT) is now used. The filtering part, mainly a capacitor bank, smoothes the fast switching DC voltage generated from the converter.

A choke or inductor can be added to improve the power factor and reduce harmonics. The smoothed DC voltage is used in the IGBT inverter. The fast switching of the inverter section produces an appropriate RMS analog AC voltage level, also known as a pulse width modulation (PWM) waveform. The old IGBT driver is 6 pulses. However, there are now 12 pulses and 18 pulses VFD.

Modern VFDs, such as the DURApulse GS4 AC drive series from AutomationDirect, are feature-rich. For example, one of the biggest features of GS4 is the built-in full-function PLC. Users can program the logic requirements related to the drive, such as controlling multiple pumps. Other features include multiple high-speed communication interfaces and 100ka short-circuit rated current (SCCR).