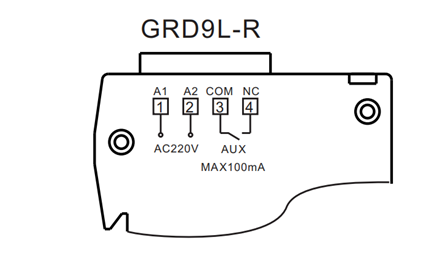 1）If auto rec closes and cooperates with RCCB:

First, put the linkage into the handle of the RCCB. Then close the upper and lower buckles to ensure that the connection is tight. 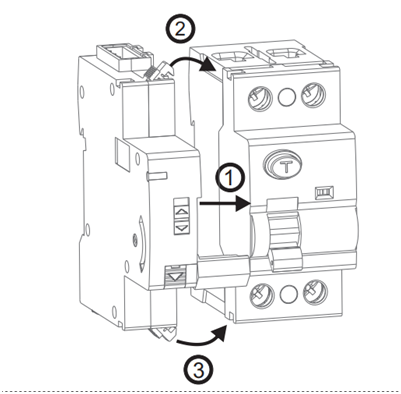 2. If auto-reclosing is matched with MCB:

First, put the linkage device into the handle of the MCB. Then align the small cylinder with the corresponding hole. Finally, close the upper and lower buckles to ensure a tight connection 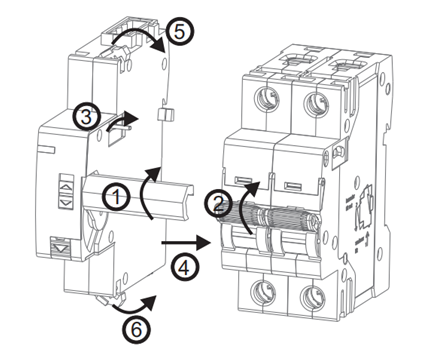 3.If automatic reclosing is matched with MCB/RCCB and accessories:

First, install the MCB/RCCB on the rail. Then install the automatic reclosing device (ARD). Finally, install accessories next to the ARD. 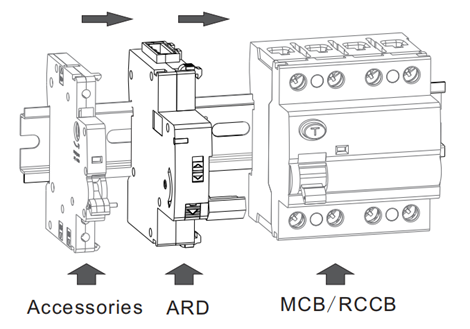 In AUTO mode, turn on the auto-reclosing function:

In MANU mode, turn off the auto-reclosing function. 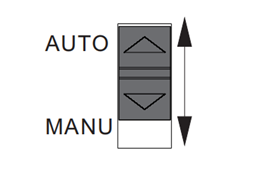 MCB/RCCB can only be turned on and off manually: 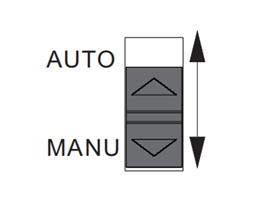 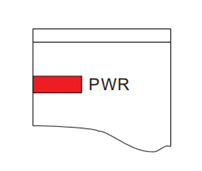 Note that the red color will flash when the auto-reclosing is delayed. After a delay, it will automatically turn on and the green light will be on.