Despite the continuous advancement of technology over the years, the main method of controlling the circuit has not changed. Including contactors, this article studies different types of contactors and how they work. In addition, it compared AC contactors and DC contactors.

An electromechanical contactor is a device that connects the power supply to the load by making or breaking a connection. The contactor is electrically controlled and is usually powered at a much lower level than the switching circuit. For example, you have a 24 volt coil solenoid to control a 230 volt motor switch.

Applications for contactors include controlling motors, thermal evaporators, lighting, capacitor banks, heating and other electrical loads. The size and capacity of the contactors vary. You can easily lift them to the side about a meter high with your hands. You also have those circuit breakers with currents ranging from a few amperes to thousands of amperes and those from 24V DC to many kilovolts.

It is the oldest type of contactor, using ON and OFF motors. The blade switch consists of a long bar and a lever. The function of the lever is to pull the metal sheet up and down, so that the contactor is manually operated. It has several shortcomings, which led to its discontinuation. These challenges include

The contactor is the replacement and improvement of the blade switch. However, it still features manual operation. Other main features are

This is the latest contactor design and the most advanced of all designs. Because of its characteristics, it is often used in industrial applications

3. How does the contactor device work?

The coil provides the driving force in the contactor that closes the contact. It is characterized by a coil wound around an electromagnetic core, so it behaves like an electromagnet. The coil has two parts, one is the fixed part and the other is the movable part. The two parts are connected by a spring. Structures such as this function as spring return mechanisms.

As the name suggests, the housing protects the internal components of the contactor. It can protect the contacts from dust, bad weather, explosion hazards and oil. It also prevents people from touching the contacts.

4. Simply put, the working principle of the contactor is as follows

The current from the external control circuit passes through the contactor to excite the electromagnet core. An electromagnetic field is created by the coil/electron, which then moves the armature. A normally closed contact completes the circuit between the fixed contact and the moving contact.The current can then pass through these contacts to the load.

When the current is removed, the coil will be de-energized and the magnetic force will drop to zero. Therefore, the spring force is higher and pulls back the armature, opening the circuit. The design of the contactor is conducive to rapid on-off action.

5. The difference between AC contactor and DC contactor

The difference between AC contactor and DC contactor is mainly reflected in five aspects; 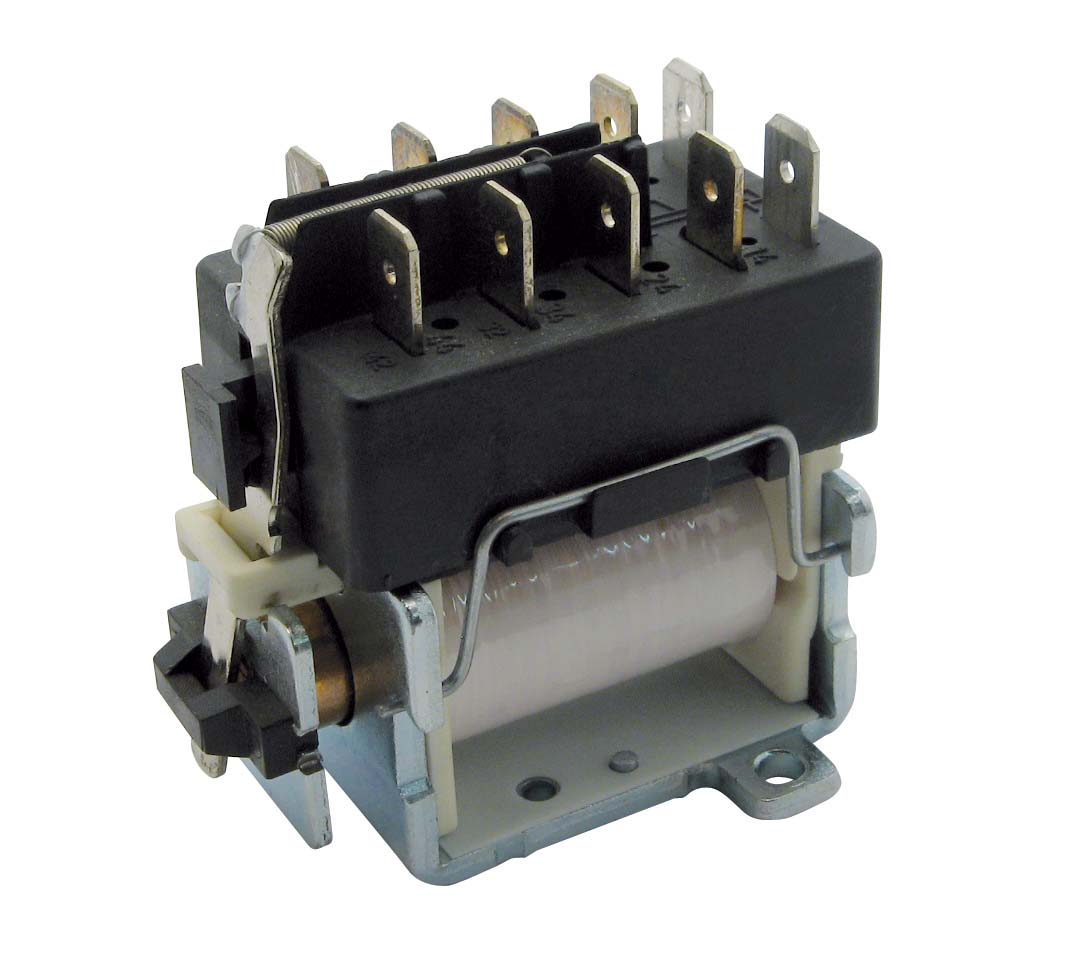 Size: The contactor is relatively large compared to the control relay

Current switching capacity: the relay load does not exceed 10A, and the contactor load exceeds 10A.

The normally open/closed contact standard is pretty much the norm among contactors On the other hand, according to the expected function, the relay has two types: normally open and normally closed.

Maintenance: Contactors are easier to maintain than relays, and relays are often even impossible to repair.

Finally, compared with the connector, the relay has a faster switching action.

The contactor is an indispensable device in circuit control and has additional safety functions. For every electronic device, making sure you find one that meets your needs and functions is crucial. You also need a reliable supplier like Chint to provide Chint products that comply with international standards, such as IEC.

In addition, you want more options in terms of design and utility, as well as professional support. These factors can help you determine a suitable gadget, improve security, and make your money worthwhile.